WE BELIEVE ASIA PACIFIC GROWTH TO OUTPERFORM OTHER REGIONS

Source: AEW Research, Real Capital Analytics, as of Q3 2022
Note: Investment volumes measure income producing investments across AEW’s target markets.
There is no assurance that any prediction, projection or forecast will be realized.

Source: AEW Research, JLL, PMA, as of Q3 2022
Note: Investment volumes measure income producing investments across AEW’s target markets.
There is no assurance that any prediction, projection or forecast will be realized.

Source: Oxford Economics, as of 20 October 2022
There is no assurance that any prediction, projection or forecast will be realized.

MIXED OCCUPIER CONDITIONS, LEASING SENTIMENT TURNED CAUTIOUS IN Q3
With unique local demand drivers and supply conditions, occupier markets remain mixed and are sitting in various points of the cycle. For Q3 however, the broad sentiment was a dial back in leasing and demand, reflecting uncertainty in the global economy. Still take-up for prime and well-located buildings were bright spots across cities. Markets that saw a substantial pull back in demand over Q3 included Sydney, Beijing and Shanghai. Seoul and Singapore are outliers with limited future supply keeping conditions landlord favorable. For Seoul in particular, the low supply environment is accompanied by healthy demand conditions.

INVESTMENT ACTIVITY FALLS, BUT FARES BETTER THAN OTHER SECTORS AND REGIONS
Activity in the office sector has held up with close to $50 billion transacted between Q1 and Q3 2022, showing only a 6% decline compared to the same period last year. For reference, office volumes are down 3% and 14% in the U.S. and Europe respectively. Overall, the performance was uneven across markets. Investment weakness in Greater China persisted through the first three quarters of the year. Despite some deals closing in Q3 in Shanghai, they were mostly by corporates for owner-occupation. In Seoul and Singapore, where investment volumes were healthy in H1, failed deals (Parkview Square in Singapore and IFC Yeouido in Seoul) lowered liquidity expectations in the market. Meanwhile in Australia, several deals concluded in Q3, mostly by domestic players who are taking a longer-term view of CBD prime assets.

RENT GROWTH HAS CONTINUED
Demand continues to surprise on the upside, against rising headwinds. Positive take-up was reported across Australia, South Korea and Japan, led by e-commerce and 3PL firms that continue to expand. In Q3, we noted that limited vacancy in Australia is constricting demand while in South Korea further supply delays have extended landlord favorable conditions. With the looming economic slowdown, take-up in the sector is expected to slow. The industry understands that major e-commerce players in the region are not over-committed in terms of warehouse space, and as a result, we do not anticipate any large-scale reduction of their leased space throughout the regions’ markets.

STRONGEST YIELD EXPANSION EXPECTED
Investment volumes into the logistics sector have sharply declined from last year’s record but are still holding at 7% above the volumes seen in 2020. Investment volumes have fallen the most in Australia down 30% compared to the same period in 2021, when several portfolio deals concluded. The yield decompression cycle for logistics is underway, impacting mostly long WALE assets where yields have softened circa 25 to 30 bps from six months ago. Yield expansion is expected to be largest in the logistics sector, especially given the strong repricing that has taken place over 2020 and 2021.

BETTER BUSINESS CONDITIONS AND NORMALIZING MIGRATION TRENDS
Leading business indicators like the Tankan Business Survey and hiring conditions of medium and large enterprises continue to strengthen from Q2. The latest job-to-applicants ratio has also indicated more positivity, rising to 1.6 in August vs. 1.2 last year. These typically have a strong correlation to net migration trends (as more job seekers move into the city) and we expect this trend to follow, benefiting the residential leasing markets. We believe a return of foreigners who typically prefer staying in the central areas will also support leasing activity in coming months.

On the investment side, transaction volumes continue to be healthy with USD4.4 billion in transactions up to September 2022. We expect another year of strong cross-border investor activity, especially as fundamentals remain solid, the cost of debt stays low, and currency (USDJPY) is at an extremely favorable entry point.

NASCENT RECOVERY, BUT COULD BE UNWOUND
Although some fundamentals have improved, there are risks that consumption activity might be curbed from inflation and rising interest rates. Investors that were previously active in the space have reduced exposure and from those that are still interested, they are targeting fewer markets.

Source: AEW Research, JLL, Q3 2022
There is no assurance that any prediction, projection or forecast will be realized.

Source: JLL, as of Q3 2022
There is no assurance that any prediction, projection or forecast will be realized.

Domestic, non-institutional investors continue to make-up the bulk of capital interested in the sector. Investment sentiment from this group of buyers is expected to wane going forward, especially in an environment of increased debt costs.

Source: JLL, as of Q3 2022
There is no assurance that any prediction, projection or forecast will be realized.

Source: PMA, as of Q3 2022
There is no assurance that any prediction, projection or forecast will be realized. 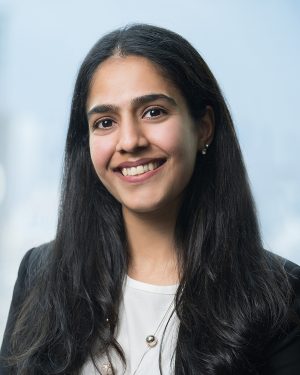